Just Between You and Me 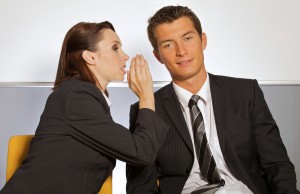 was going well. We were hitting it off nicely, we seemed to have a lot in common, we knew a lot of the same people, and we had good business synergy. I was hopeful that this would be the beginning of an enjoyable and productive alliance and that we would be able to help each other with referrals and introductions for months or even years to come. Then, with a twinkle in his eye, he leaned in and shared a little gossip about one of our mutual acquaintances. I could see what he was doing—he was initiating me into his inner circle, confident that I would share his opinion about so-and-so. But his gesture backfired because my first thought was, "I wonder what he will say about me at his next lunch?" In that moment, I decided I didn't trust him.

Once you spend a meaningful amount of time in a particular community, you become familiar with (and even friends with) most of the key players. Naturally, there are clicks, allegiances, and rivalries, but be mindful of the temptation to use gossip as a way of creating a quick conspiratorial bond with your present company. It may produce a sense of familiarity in the moment, but it speaks poorly of the gossiper's integrity.

Listen to yourself when you start a sentence with, "Confidentially," or "I really shouldn't tell you this but…" or "Just between you and me…". If you finish the comment with words you wouldn't repeat in the presence of the person you've just described, you may find that the only reputation you've called into question is your own.


The Disadvantage of Modesty 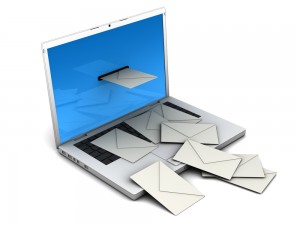