How to Outsmart Your Inner Critic

I don't know about you, 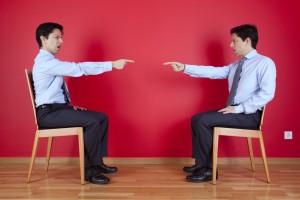 but I hate looking like an idiot. The feeling comes over me whenever I judge my actions as unpolished or poorly timed or just plain stupid. Then, when I seek out candid feedback from the people I trust, I often learn that I was being too hard on myself.

I believe my self-critical nature is rooted in ambition. I have an innate desire to learn from my mistakes and do better. But this train of thought can easily derail into an unproductive place, feeding insecurity and procrastination.

That's right, procrastination. Surely you've heard of it. It's that thing we all do when we are afraid of making mistakes. We imagine a future in which things don't go so well. (Maybe my client will become irritated with me if I ask for more business.) So we delay, often indefinitely, to ensure that the fantasy doesn't become a reality.

What we fail to realize is that our inner critic has an agenda. If it had its way, we would shrink into the smallest, safest version of ourselves so that nothing could possibly hurt us ever again. We would be curled up in a fetal position in a remote cave with a lifetime supply of food. And Netflix, so we wouldn't get bored.

The thing to remember is this: your inner critic isn't always right. In fact, it is just as unreliable as your inner champion. That's right, you have an inner champion. It is the inverse of the critic. It's the voice inside you that says, "You can do anything." If you ignore the inner champion, your critic will fill your head with self-doubt until you are incapable of taking risks. If you ignore your inner critic, your inner champion will convince you that you walk on water (and then you won't have any friends). The key is to take both the critic and the champion into consideration before making an independent decision. And while it might feel schizophrenic to entertain all those voices in your head, the process will lead to a much saner course of action.


How to Stay on the Radar


How to Repair a Broken Referral Source