Creating a Sales Culture at the Law Firm: an Interview with Karie Trujillo

Karie Trujillo, the Marketing and Client Relations Director at Markowitz Herbold, graciously agreed to do an interview with Mollie Smith, our Client Success Manager. Karie is one of the most innovative legal marketers in the industry - not only has she built a sales culture from the ground up, but she also engages directly in the client-facing sales process by generating leads for her lawyers. In this interview, we dug into how it’s done at her firm using Practice Pipeline.

Mollie Smith: So Karie, I’m curious about your “before and after” perspective. How do you think your lawyers' business development has improved? What was it like before and what's changed since you've been using Practice Pipeline?

Karie Trujillo: This is a really good question. Before we had Practice Pipeline, our lawyers did a decent job of marketing. We have a really strong sales culture here, but it wasn't organized in any way and it wasn't as strategic as it could have been. So people would kind of keep track of things in their head - they would have their list of their top clients, top targets, top referral sources. But it wasn't documented anywhere. It wasn't in a place where it was shared with the marketing department, which is basically me. It wasn't shared with leadership. You know, it was just in people's heads or on sticky notes on their desk, so there was nothing strategic about it.

And then also, we had a situation where we found out two different lawyers were pursuing the same person at a company, and that was a little awkward because it looked like the right hand didn't know what the left hand was doing. And so after that, it became clear to me that we needed a tool or a solution that would get us organized, so that leadership, the lawyers, and I would have visibility into what people were doing.

And so in 2017 we rolled out Practice Pipeline, and it's really transformed how we do sales (and yes, I use the “S word”). Our attorneys are more strategic and more intentional with their business development efforts. Instead of scattering their attention across hundreds of contacts and random acts of lunch or coffee, now they're focused on the high-profile folks that will make or break their year.

When the lawyers are left to their own devices and are out there trying to market to every person, things don't happen quickly. We sell high-end legal litigation services, which of course has a long sales cycle, but having a tool like Practice Pipeline has helped us rack up wins much faster than we would have without it.

MS: That’s fantastic. Thank you for that context. My next question is, what has the lawyers’ reaction to Practice Pipeline been like? Were they reluctant or skeptical at first, and if so, how did you overcome that?

KT: When I first presented it to our lawyers, I didn’t receive any negative reaction at all. Mostly they were neutral, sort of like, “Okay, I'm open to checking it out.” They weren’t necessarily excited about it.

Most of them had never had a business development tool like Practice Pipeline, so they didn't know what to expect. But now that we've had the time to integrate it, I think they're really starting to see the value.

MS: And do they communicate that to you?

KT: I mean, I wish they would come to me and say, “Karie, thank you so much for bringing us Practice Pipeline!” But I get my gratification in other ways. When I hear somebody say, “We should add that person to my pipeline,” My heart sings! I'm like, “Yes, they're using my terminology!”

Or, the other day, I had this lawyer who wasn't really using it. I’d thought he was going to be one of my biggest champions, but it turned out he didn't use it much after the orientation day. I was kind of bummed about that. Part of it was that he had a big trial, so he was focused on that, but then the trial ended and he still wasn't using it.

So I saw him in the break room the other day and I said, “Okay, what can I do to get you to look at Practice Pipeline? Can I bribe you in any way?" And he said, “Oh yeah. Well, I started using it last week - my case settled so I finally got back to it.” I was so excited. He looked at me like I was crazy. The little joys of life, right?

That’s what gives me the most satisfaction, because it's become the center point of our business development efforts and culture. In most of the conversations I have with them now, we're talking about Practice Pipeline - who's in your pipeline, what needs to be updated, and who needs to be added to your pipeline. It has completely changed the conversations that I have with my attorneys.

MS: Fantastic. Now, when you're meeting with your lawyers, how do you structure your coaching and accountability sessions? Do you meet with them one-on-one? And how do you incentivize them to stay on track?

KT: We have a coaching program here at the firm. It was started by our founding partner probably 11 years ago (and I've only been with the firm 10 years, so it started before my time). The way it works is, particularly with the shareholders, we meet with them at least two to three times a year. And I've created a dashboard that drives the conversation.

The meetings include me, our founding partner, and the shareholder. I prepare a dashboard for each meeting and it'll show their origination numbers, their personal production numbers, their Practice Pipeline score, and their prospect lists. So with those four categories, we’re able to have really meaningful conversations.

After these meetings, I’ll check my Pipeline report and usually see that the lawyer has logged in and they're updating the information in their pipeline.

Between those coaching sessions, I schedule individual meetings with the lawyers. I’ll log into Practice Pipeline about once a week, and if I see somebody hasn't made an update for a while, I'll either print out a report for them or I'll just pop into their office and say, “Hey, do you have time for a quick conversation about Practice Pipeline? I know you've been working on BD, so I just want to make sure your Pipeline reflects your activities.” And that'll drive another conversation with them.

So over the course of a year, we're having between 4-6 one-on-one conversations specifically about Practice Pipeline.

MS: That's great. We’ve seen so many marketers who manage their own internal coaching programs, who are then able to tie everything together with Practice Pipeline or a similar technology tool. That seems to be a recipe for success.

KT: Right. As a solo marketer, it can be difficult to launch a program because you're the only real cheerleader for it. It takes time to build momentum. But when wins happen, it's incredibly gratifying and sets you up to be an authoritative voice to the lawyers and leadership.

We had a case that came in last year, and the only reason it came in the door was because of Practice Pipeline. That case alone essentially paid for last year's fees. And if anyone decides to give me push-back on a cost, I’ll just say, “Well, it pretty much pays for itself.” It feels good to be able to say that because marketing is overhead, we spend money, but we want to be a profit center too.

MS: Right. Even if you bring in just one small case, the program funds itself.

So, let’s switch gears from sales to the marketing side, closer to the top of the funnel. How do you use Practice Pipeline when it comes to generating leads?

KT: Well, I use Practice Pipeline just like my lawyers do. I'm a user, I know exactly how it works, and it's benefited me personally. Now that we have it, I'm not sure what we would do without it. Before we started using it, I think I just used sticky notes with people's names written on it, and it wasn't strategic in the slightest.

It's definitely affected my personal lead generation activities. I can be a bit of a procrastinator, but the Tuesday email reminders that say, “Your prospect John Doe was hoping to hear from you,” are effective reminders to reach out to that person. I'm being more strategic and intentional, we're making progress, and we’re moving the needle forward. We're no longer doing just random acts of marketing and it's truly making a difference.

MS: Now, in terms of ROI, you've described some of the tangible aspects. It’s paid for itself with new business and there’s a more transparent system now. But what about the more intangible aspects, like behavior and culture? Have you noticed a change?

KT: Well, it's given us a common language. Before Practice Pipeline, we didn't talk about our pipelines, right? But now there’s a general agreement that even if you're busy working on a case, you still have to think about your pipeline. And when a case is finished and you’re not as busy as you’d like to be, it’s time to focus on your pipeline. That’s something I didn't hear people talk about before we had it. It's a concept that people get now, and the singular language has been really transformative for our firm.

MS: Do you have any other advice for other marketers on how they can create a culture change like you have?

KT: To other marketers, I would say let’s be a little selfish here. Make yourself look good by tying wins directly back to your efforts – if you do that, suddenly, you’re close to the money. If you really want to show your value at the firm, you’ve got to get close to the money. And this will do it. I’ve found that people now see me a little differently now. I'm no longer just a person that's creating the advertising and PR. Now they come to me with business development questions, they ask for my advice regarding BD strategy, and that's given me a lot of satisfaction.

MS: Absolutely. And it takes some of the pressure off of you, I would imagine. You know, it gets lawyers thinking for themselves so you can focus on big-picture strategy instead of feeling like a babysitter or a “nudger.”

KT: Absolutely. It's given me a seat at the table when it comes to business development. The one piece of advice I would give to people considering a program like this is that it's a marathon, not a sprint, right? From the minute you roll it out, you've got to just be persistent and just stay on it. There are going to be people who don't like it, there will be people who like it but don't use it, and there will be people who love it. Focus on “the coalition of the willing.” And you'll find yourself at some point saying, “Wow, people are using it. They're seeing value and it's now part of our sales culture.”

You guys are amazing – you’ve been checking in on me, giving me suggestions on how to move it forward. I feel like I've got a team behind me and that's really important, so thank you.

MS: That means a lot to us, because our goal is to make sure we're invested in your success. Karie, thank you so much for joining me and for sharing your wins today. You’re a rock star!

To listen to the entire interview, you can hear it here.

Thanks again to Karie for sharing her insights and successes. If you are interested in learning more about Practice Pipeline, our simple business development tool for lawyers, please click below. We'd be happy to show you a demo. 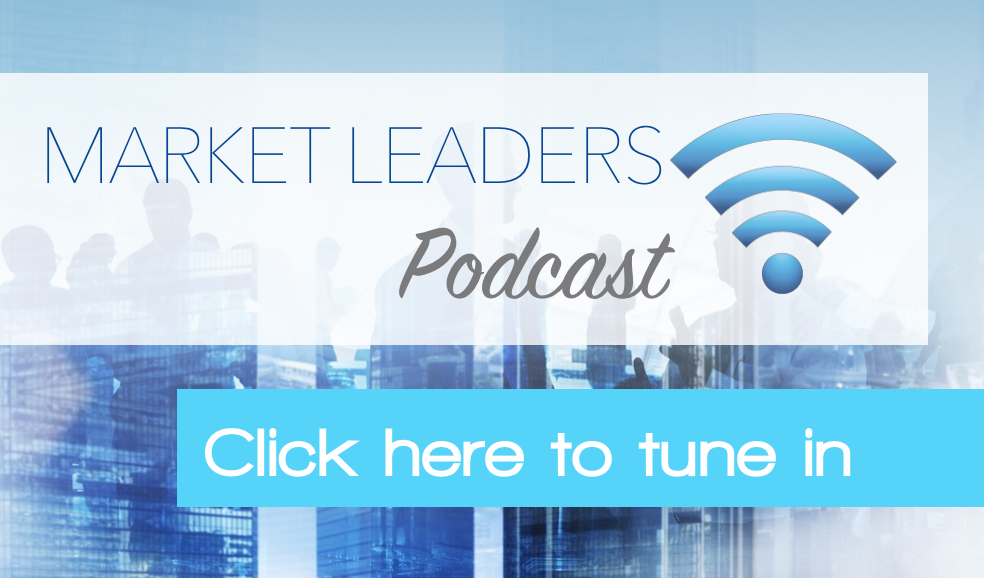