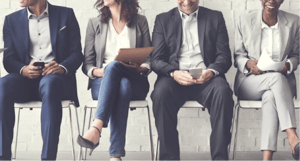 While progress is slow, we continue to make strides toward gender equality in the workplace. More women are entering the work force than ever before, and in the U.S., the gender pay gap is nearly closed among millennials. But for many women, the idea of “leaning in” is still fraught with social boundaries and a discouraging atmosphere in the workplace.

For instance, there is a prolific stereotype that women talk more than men, but research shows us that that men and women are equally verbose. Yet there is still an expectation that women should be seen and not heard—or at the very least, heard less than men. When women communicate as much as men do in a professional setting, women are often perceived to be dominating the conversation. This perception can implicitly silence women who have valuable ideas to share.

To make matters worse, women who talk too much run the risk of seeming less competent. In another study, “participants were asked to rate a hypothetical female CEO who talked more than others. Both men and women said the fictional female CEO was ‘significantly less competent and less suited to leadership than a male CEO who talked for the same amount of time.’ However, when the fictional leader was described as talking less than others, she was rated as more competent.” It is interesting that both sexes discourage female communication, but it also makes sense given our cultural conditioning; we are all taught to accept limiting gender roles.

The only way to address our subconscious biases is to be proactive and analytical about dismantling them, but this requires attention and practice. Here are three ways to do so.

1. Amplify—One strategy that has proven to be effective is called “amplification”: when a woman makes a key point in a meeting, others can repeat it while giving credit to its author. This encourages others to recognize the contribution and empowers the more introverted to speak up.

3. Stop apologizing—While statistically, women apologize much more than men do, it can be a self-limiting habit for either gender in the workplace. Your opinion has value, so avoid using phrases like: “Sorry, can I say something?” or “I just think…” because it minimizes what you're contributing.

It is important to remember that systemic inequality stems from perceived inequality. And, male or female, we all have the power to change our minds. The choices we make every day in our communication with each other speak to the way we respect one another, and ultimately, ourselves.